There is good ways and bad ways to start a new season, then there is the way the Arizona Cardinals kicked off theirs on Sunday.

If you thought Arizona’s 35-23 first game loss to Detroit Lions was disappointing, then be prepared, as there is more woe in the Cardinals camp.

After losing in dramatic fashion to the Lions, a team that was suppose to be a walkover for the away side, an injury to running back David Johnson has put doubt over the sides ability to gain any traction in these early stages of the new season.

He was caught in the catch in the third quarter and was mobbed by the Lions defense, leading him to spend some time on the deck in obvious pain. He did manage to recover and get up for the next snap, however, further concerns were raised when he fumbled on the goal line and as a result was soon removed from play.

He left the pitch with the team’s medical staff in toe and it was announced shortly afterwards that he had suffered a dislocated wrist. 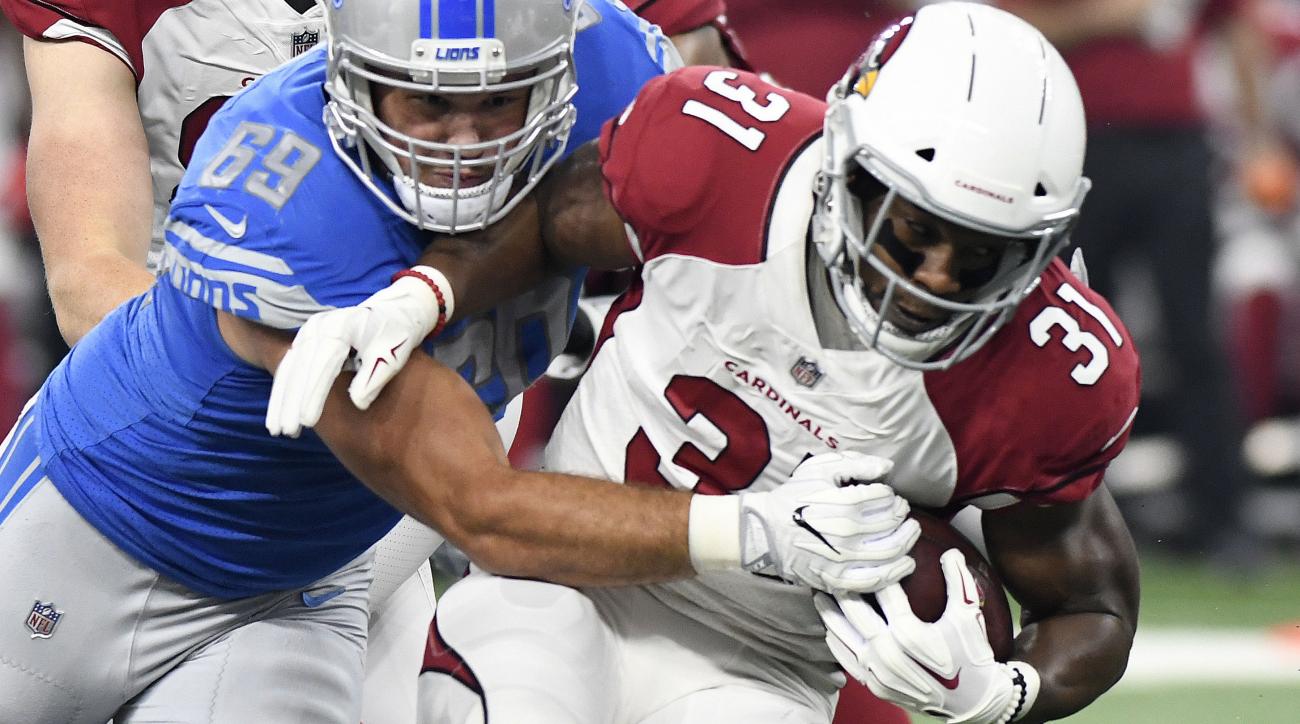 Johnson moments before his injury

It was first believed he may be able to get back in the mix of it as early as week two, but it has since transpired that the issue may in fact take longer to resolve. It is now thought that he will be joining fellow running back, T.J Logan, on the injured reserve.

Although he is expected to seek a second opinion, it looks more than likely that he will be out of action for at least 8 Weeks.

This will put a serious dampener on the Arizona side, as they will be under no illusions about the fact they have just lost their star player.

Johnson last season possessed a league best in all stations, gaining 2,118 yards and 20 touchdowns. This season it was thought that he would surpass this and was rumored to be hoping for over 30 Carries per game and achieve at least 2,000 yards through land and air!  A remarkable feat for most, but which seemed achievable for the 25-year-old golden boy.

However, the hope for this has now been dashed by the latest revelation and it is unlikely that Johnson nor the Cardinals, will want him rushing back to action too soon, as they will both be aware that if the situation is worsened it could end his career abruptly.

Coach Bruce Arians is obviously taking no chances and is exploring his options, he stated in a radio interview, “It’s always a huge blow to lose a top player. But it’s not the end of the world. It’s an opportunity for someone to step up. David Johnson became David Johnson because of somebody’s injury.”

Obviously a very optimistic outlook and its true, the Arizona Cardinals aren’t short of running options with Kerwynn Williams and Andre Ellington on standby and they will be looking to make the most of the situation and get themselves in on some first string football.

Not to mention, recently signed D.J. Foster, who has tons of potential, arrived on Monday from New England’s practice squad and at just 23, looks certainly like one for the future.

However, this does take away from what an asset Johnson is to the side and after just a poor performance in the first game of the season, this is still the last thing the Arizona side need right now.