Following a run of disastrous form for Chicago Bears first choice Quarterback, Mike Glennon, he will be stepping outside for second pick, Mitchell Trubisky, as of Monday.

After starting the season in uncharacteristic form with only one victory in four games, Bears fans have been up in arms and have been calling for change. It was made clear by Head Coach, John Fox, after another defeat to Green Bay Packers on Friday, that it was time to mix things up too.

Speaking after the game, he said, “A lot of changes needs to happen. We will evaluate everything”, which it has now become apparent was a reference to the QB position, after it emerged on Monday that Glennon won’t be back in the cut for the next game. 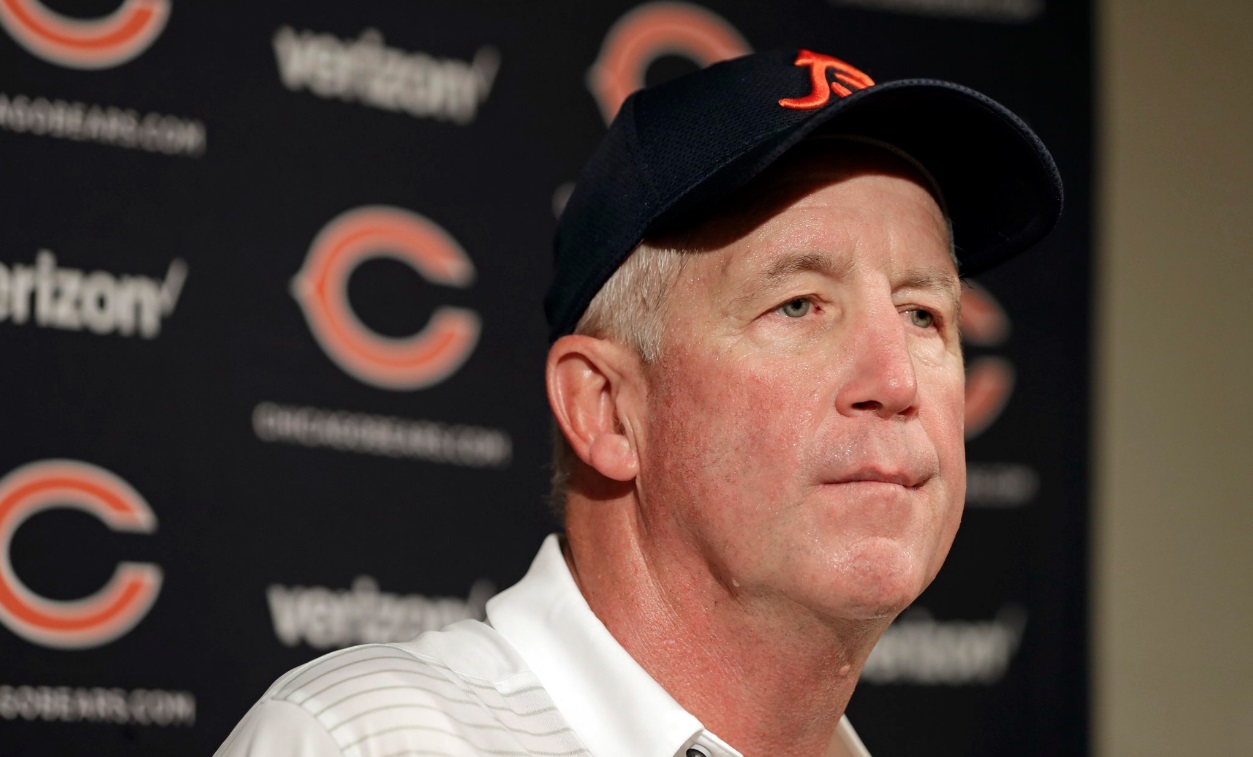 Chicago Bears Coach, John Fox will now be under pressure to turns things around,

This is somewhat unsurprising, as the 27-Year-Old, who only arrived in Chicago this summer, has since demonstrated shocking form in his few first games in the Bears’ colors.

Since starting for the Bears, his passing rate has dropped with every game and has totaled 8 giveaways already this season, so following his worse game of the season on Friday, with the Bears only gathering a total of 306 yards, his time was up.

This will be much to the Bears’ fans applause as his replacement, Mitchell Trubisky, had already won over their hearts in preseason with some tremendous performances.

He delivered 36/73 passes, scored three touchdowns and suffered no interceptions, so was a dead certainty to eventually take over the reigns of QB.

However, no-one anticipated that it would happen quite as soon as it has done, especially since Glennon had signed on with the Bears with a 3 year deal worth a massive $45 Million, with guarantees of around £16 Million.

This being said, it is now highly likely that they will now cancel this deal next year, but this won’t come cheap either. Therefore, this is certainly not an ideal situation finanicially and until then, Glennon will remain as a tremendously expensive back up.

However, they simply couldn’t go on with a quarterback who has stats like that, so the Bears coaching staff had to make the call and force Glennon to step aside, regardless of price tag, or be forced to deal with more awful form and restless fans.

It is likely that despite only being in his Rookie year, Trubisky will now be the first choice in quarterback for the foreseeable future and we will not see much more of Glennon this season.

Effectively, Glennon has had his chance and he blew it and now it is Trubisky’s time to shine.

No doubt, the next person who will be in the firing line if things don’t improve quickly will be John Fox himself, as it is rumored it was he who pushed the Glennon deal forward and a very expensive push it has turned out to be.

As such, if the arrival of Trubisky in the first team doesn’t deliver the results both the Bears fans and Board expect from their side and their season continues to crash and burn, then there will no where else for the blame to lie.

The first test for Trubisky will be on Monday night against the Minnesota Vikings and with a 10 day break since their last game, it has given Fox plenty of time to prepare the team, but also, has left no room for excuses.

Time will only tell whether Fox will be able to stay in his position for much longer, but if Trubisky doesn’t pull through then the board may be out of options and Fox out of time and out of Chicago.