Good news for Colts fans has come thick and fast this week!

Despite no success in their first two games of this season, losing in a humiliating 9-46 opener to the Los Angeles Rams, before another 16-13 loss to the Cardinals last week, they managed to pull it back on Sunday against Cleveland Browns and triumphed to a narrow 31-28 victory.

This reignited hope for Colts fans that they can regather form and start heading in the direction of a successful season, but now there is even more reasons for them to be celebrating as their star Quarterback, Andrew Luck, looks like he could be back in the fold sooner rather than later. 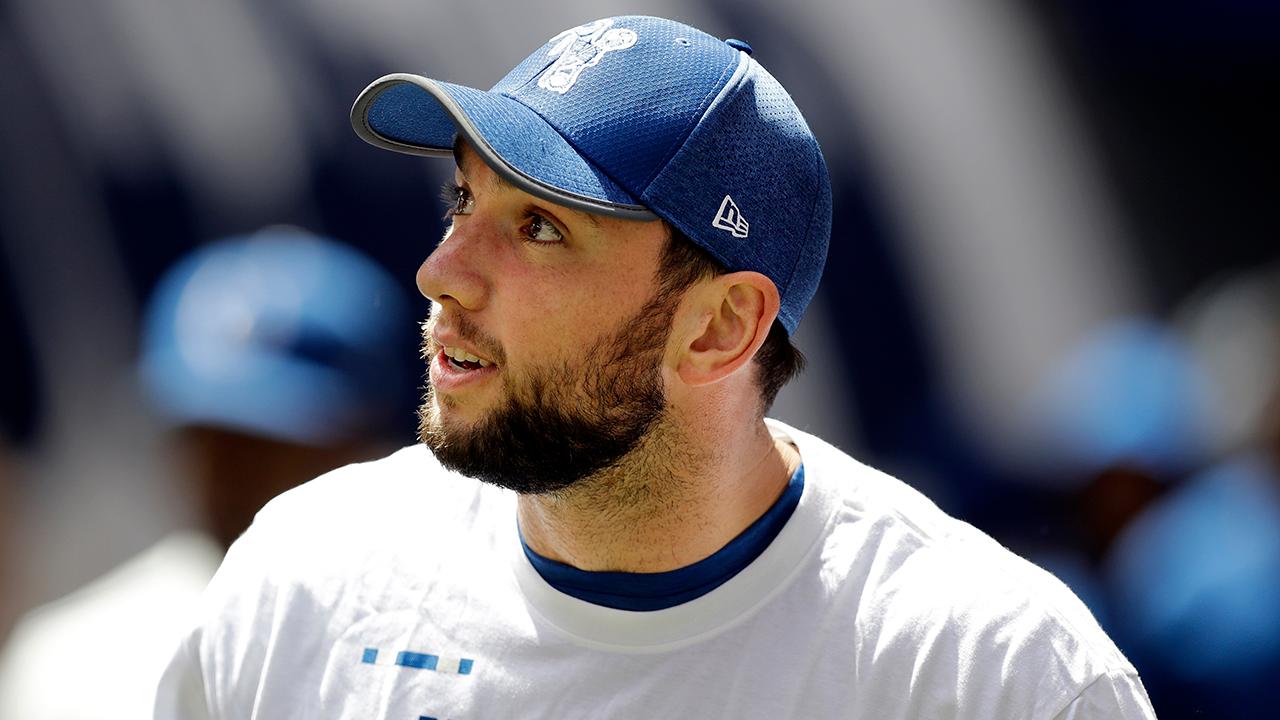 Andrew Luck could be back in training before the end of this week.

As recently as last month, Head Coach, Chuck Pagano, shed doubt over an early season return, after he was quoted as saying there is “no timeline” for Luck’s recovery. However, news emerged from the Colts camp last night that Luck may be returning to training this week.

In a tweet last night from Sports writer, Andrew Walker, it emerged that Pagano had changed his tune and now Luck is “progressing well, getting stronger” and “there might be a chance, he (Luck) might be able to start some practice this week”. Although nothing is set in stone, this bodes well for a return in the coming weeks at least.

He has been out since the close of last season, after having surgery on a niggling shoulder injury that has plagued him since 2015.  He missed the entire preseason, which was just as uninspiring as this year has so far begun, with only a 50% success rate.

Although initial reports expected him back in the team and ready to run out in the opening game, it soon became apparent that this was unlikely.

Since then, in both preseason and the opening games so far, the Colts haven’t been able to move with the some trademark liquidity going forward with Scott Tolzien calling the shots in the offense. They only managed a 13.5 point average in the preseason, a stat which has not seen an improvement so far.

Luck has proved already to be in the difference in the side and for three season straight commanded his team to a 11-5 success, so if he returns soon, he may be able to rescue the Colts season.

Although, it is very improbable that he will make the return to first team football in time for the Seahawks on Sunday, there is hope that he may be able to get into form by at least week 6. This will be incredibly helpful as they have a series of tough games coming up in October, with them pitted against Titans in Nashville, the Jaguars at Home and then Texas in Houston, all in the space of a couple of weeks.

For now this news of Luck and their victory on Sunday will put Colts in good spirits and a second victory on the bounce this weekend will set them up perfectly for their first string Quarterbacks return.

As long as Luck does get back in good time and his shoulder stays strong, we may be on for an impressive come back from the Indianopolis side and their season may only have just begun.